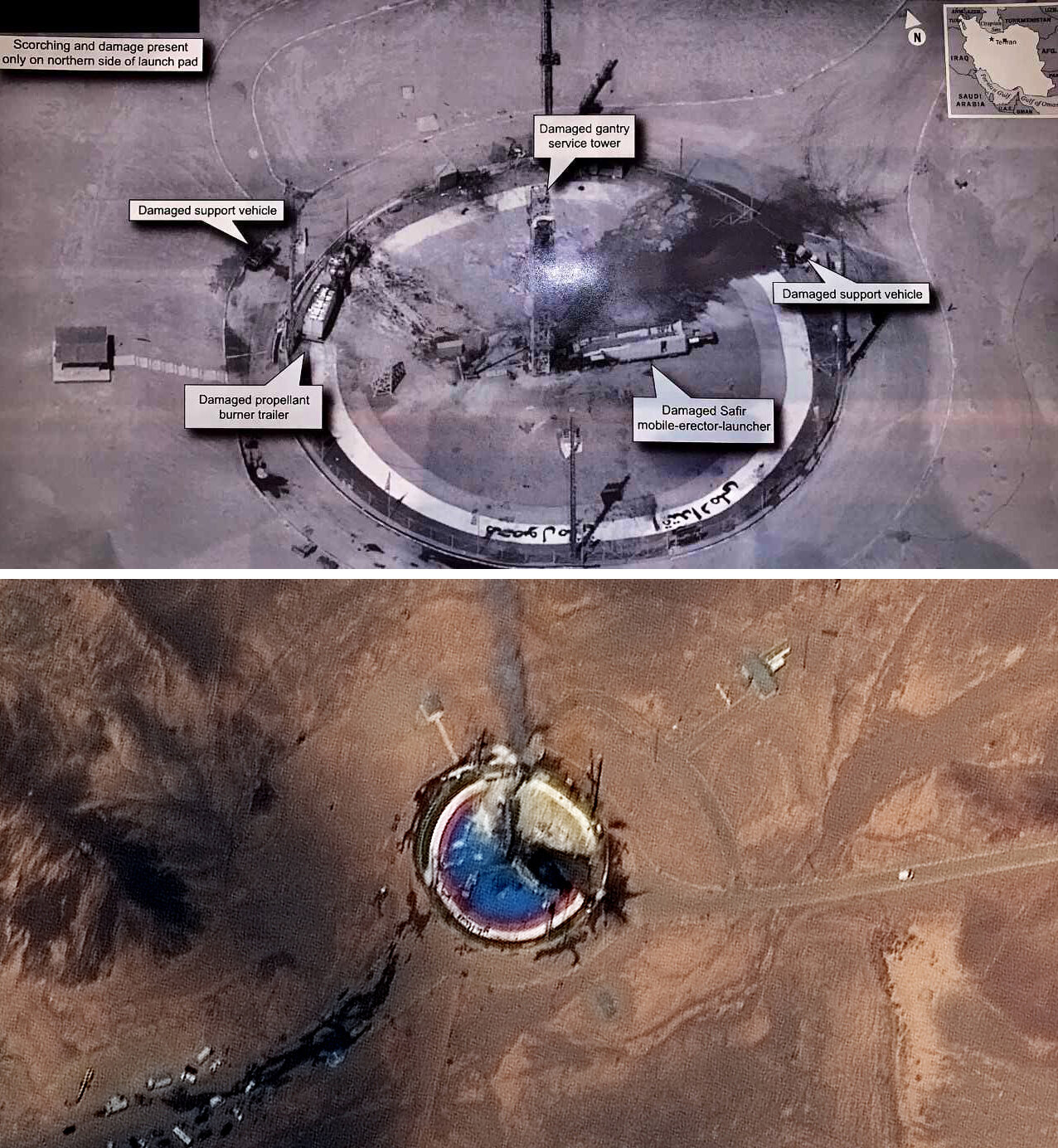 President Trump has tweeted what experts say is almost certainly an image from a classified satellite or drone, showing the aftermath of an accident at an Iranian space facility.

The Office of the Director of National Intelligence referred questions about the image to the White House, which declined to comment.

The image shows the aftermath of the accident, which experts believe took place while the rocket was being fueled. Clearly visible is the truck used to transport and erect the rocket, and the words “The product of national empowerment,” which have been written along the edge of the pad. The picture also shows extensive debris and charring around the pad.

“The United States of America was not involved in the catastrophic accident during final launch preparations for the Safir [Space Launch Vehicle] Launch at Semnan Launch Site One in Iran,” the president said in a tweet that accompanied the image on Friday. “I wish Iran best wishes and good luck in determining what happened at Site One.” A rocket at an Iranian space center that was to conduct a satellite launch criticized by the U.S. apparently exploded on its launch pad Thursday, satellite images show, suggesting the Islamic Republic suffered its third failed launch this year alone.

State media and officials did not immediately acknowledge the incident at the Imam Khomeini Space Center in Iran’s Semnan province.

However, satellite images by Planet Labs Inc. showed a black plume of smoke rising above a launch pad there, with what appeared to be the charred remains of a rocket and its launch stand. In previous days, satellite images had shown officials there repainted the launch pad blue.

On Thursday morning, half of that paint apparently had been burned away.

“Whatever happened there, it blew up and you’re looking at the smoldering remains of what used to be there,” said David Schmerler, a senior research associate at the Middlebury Institute of International Studies.

The United States has warned Iran against rocket launches, fearful the technology used to put satellites into orbit could enable Tehran to develop the ballistic missile capability needed to launch nuclear warheads.

This entry was posted in Uncategorized and tagged 'launch site one, iran, safir, satellite, semnan. Bookmark the permalink.