Cameroon’s governance and security problems have historically attracted little outside attention. But this seems likely to change, for two reasons. The first is the growing political crisis in the Central African nation’s English-speaking region. The second is a presidential election scheduled for October 2018. 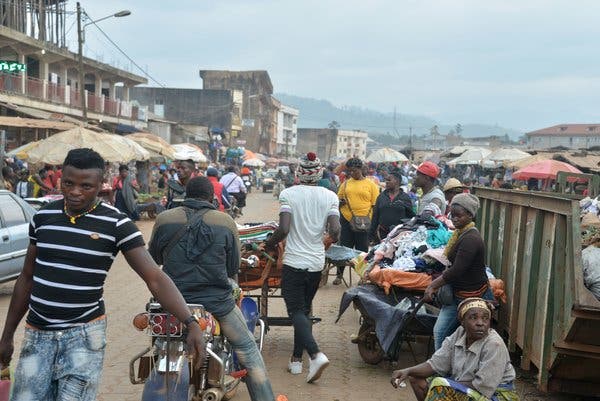 Roughly 20% of the country’s population of 24.6 million people are Anglophone. The majority are Francophone. The unfair domination of French-speaking politicians in government has long been the source of conflict.

For a year and a half, the Cameroonian military has been accused of beating and arresting people suspected of being separatists, torching homes and killing unarmed protesters

Activists in the country’s Anglophone western regions are protesting their forced assimilation into the dominant Francophone society. They argue that this process violates their minority rights, which are protected under agreements that date back to the 1960s. Anglophone political representation and involvement at many levels of society has dwindled since the Federal Republic of Cameroon became the United Republic of Cameroon in 1972. There are growing calls for the Anglophone region to secede from Cameroon.

It began in 2016 with demonstrations by English-speaking lawyers, students and teachers.
Protests against marginalisation by the French-speaking majority were met with a crackdown.
Activists were arrested, and several protesters shot by security forces.
Separatist demands for an independent state grew, resulting in increasing violence.
Some symbolically proclaimed the independence of a new state called “Ambazonia”.
Some 160,000 people have fled their homes in Cameroon, the UN says.
More than 20,000 have fled to Nigeria.
Journalists are being denied access to conflict zones.

On 12 June 2018, Amnesty International issued a report documenting human rights violations in Cameroon. The International Crisis Group says that at least 120 civilians and 43 members of security forces have been killed in the most recent waves of violence.

This entry was posted in Uncategorized and tagged anglophone, cameroon, civil war, francophone. Bookmark the permalink.